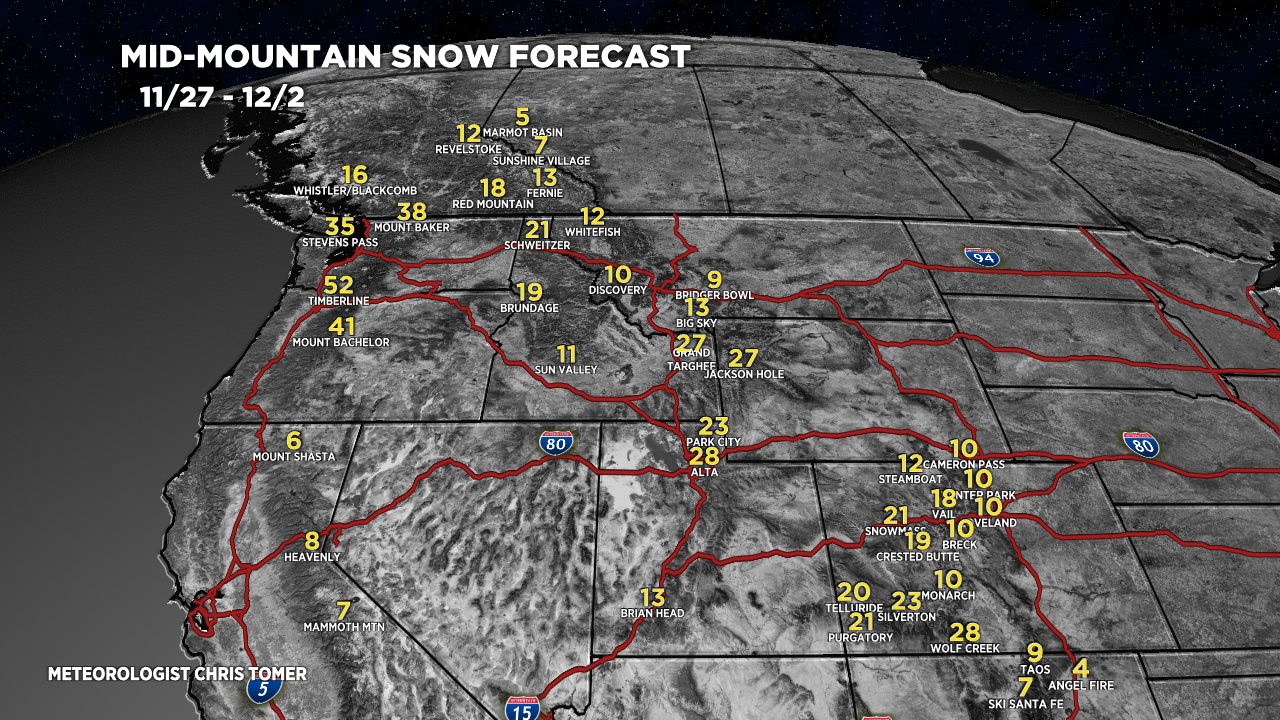 Tomer’s Take: A much more active pattern for the West looms after 11/27 with widespread snow and colder temps.

Visible satellite shows the storm track and two low pressure systems lined-up over the Pacific. Both will impact the West, but the first low is minor and fast-moving. The 2nd low becomes a widespread snow producer 11/27-11/29.

The track of storm #2 and #3 follow this jet pattern. They are too far north leaving most ski areas warm enough for rain initially (then snow on the backside).

Storm #1: A big dip in the stream delivers colder air and widespread snow accumulation across the West.

This forecast chart captures total accumulation from both Storm #1 and Storm #2.