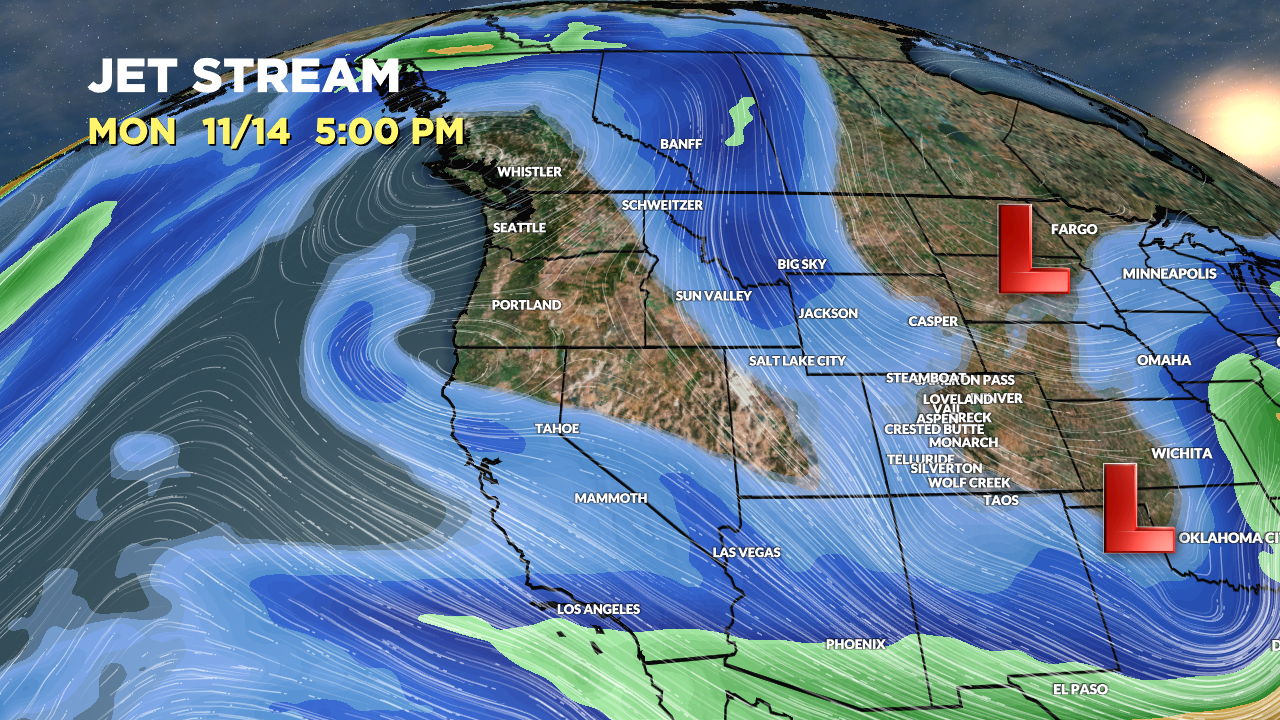 Infrared satellite shows the first low moving through the PNW and headed south into CA. It will weaken as it moves with only light snow accumulation. It then becomes a weak southern track low.

What about late November?

Some data suggest a slightly more active pattern for the West and West Coast. This could last into early December. But, the overall signal is weak.