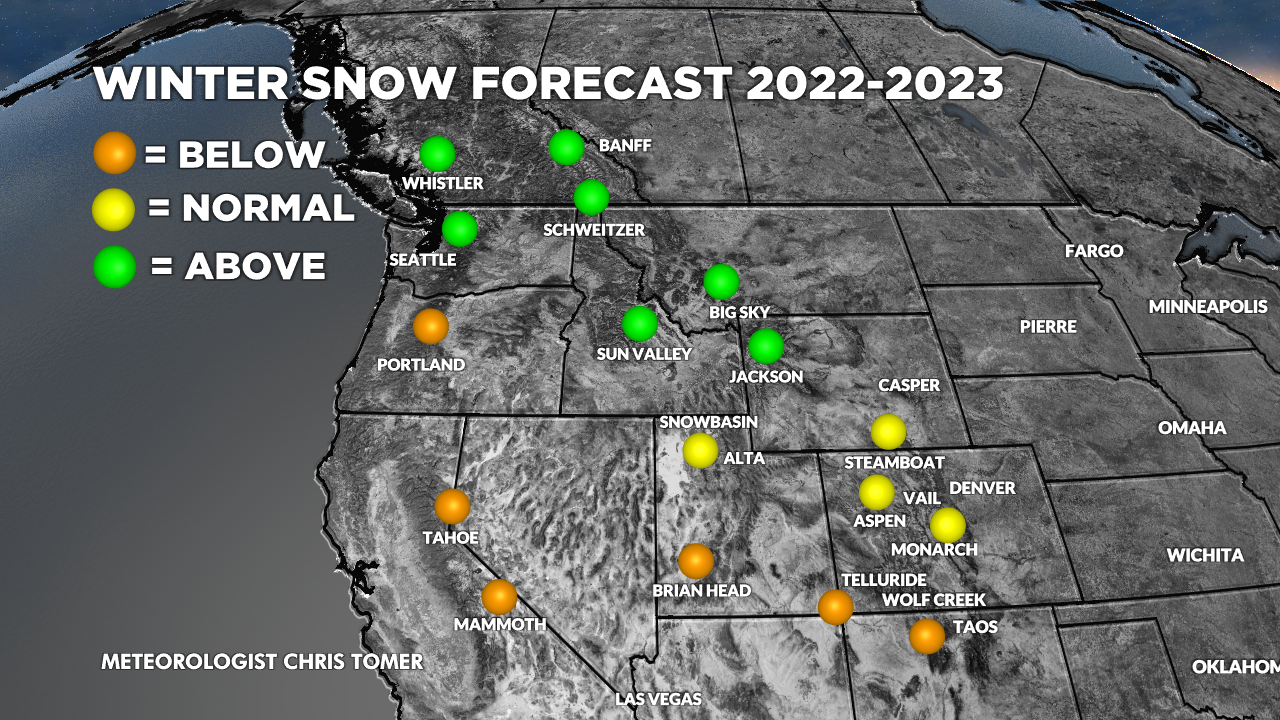 What is La Nina? Colder than normal (-0.5C or colder) sea surface temperatures in the Equatorial South Pacific (see graphic below). El Nino is the opposite (+0.5C or warmer). Both anomalies have global implications on weather and climate.

Currently, sea surface temperatures near the equator are running colder than normal for the third straight year. Triple-dip La Nina’s are rare only occurring three times in the last 73 years.

Notice the sea surface heat wave in the North Pacific and North Atlantic.

The Multivariate ENSO Index (MEI) factors in five different variables and assigns a value. It’s currently the strongest (coldest, negative) value since 2010. It says this dip is the strongest of the three dips so far.

Sea surface temperatures are abnormally warm in the North Pacific (off the PNW/B.C. coast and California coast). This directly affects the storm track and precipitation patterns. Will this continue all winter?

Most of the Intermountain West is in for an abnormally warm and dry September, October, and November. It will mirror the last few years with a large Western ridge of high pressure.

Said another way, it’ll be a late start to winter.

The most consistent snow and cold temps arrive in December as the jet stream finally dips south.

I agree with the official NOAA ENSO forecast, which maintains high chances for La Nina through Fall (blue bars) then it fades in January 2023 to Neutral phase (gray bars).

Important note: It’s possible some forecast data is underestimating the strength of La Nina this Fall and early Winter.

All other forecast specifics are in the Winter Forecast Video at the top of this page.