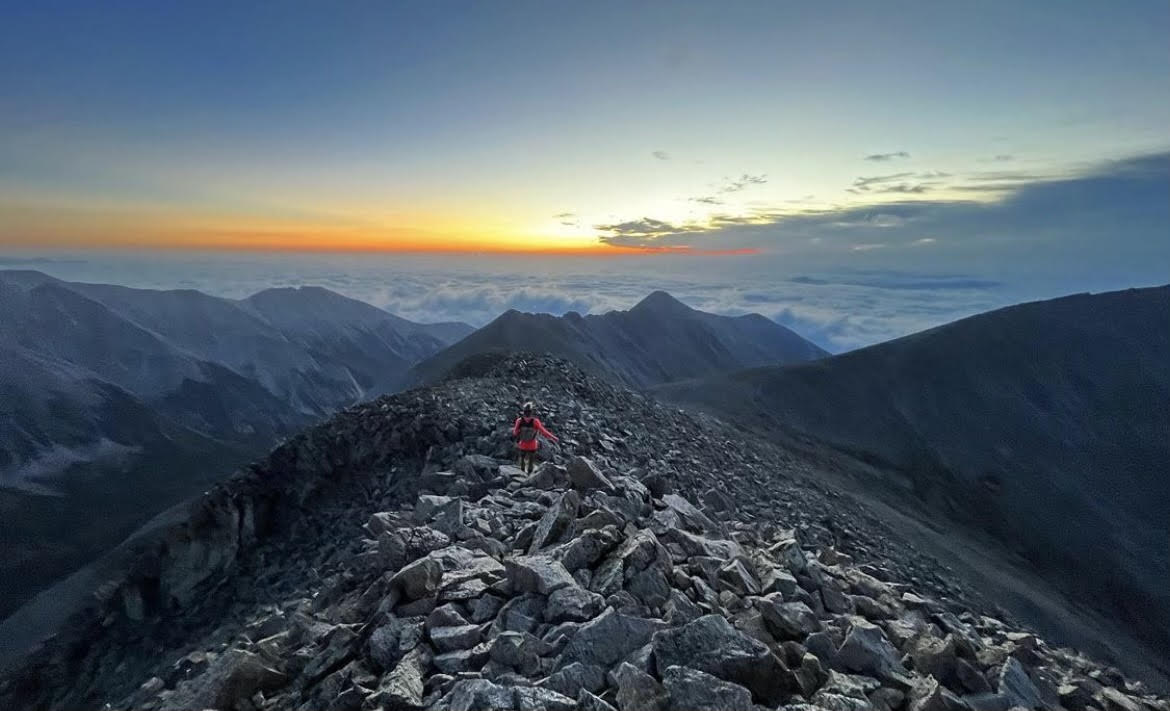 “This was the hardest yet most rewarding accomplishment I’ve experienced so far, and an impossible feat without my crew. I’ve never been pushed so hard by an incredible group of athletes – they wanted this for me as much as I wanted it. It was their dedication and incredible effort that made this attempt successful.” – Andrea Sansone

A few weeks ago I received a text from Andrea. I love getting these because they normally include some ambitious future project!

Fast forward to last week and it was game-on for Nolans14 FKT. I was hooked. Then the wildfire smoke and two cold fronts started showing up in my morning weather analysis. Normally, September is dead quiet after the Monsoon. But, in recent years wildfire smoke has become commonplace.

According to Andrea, this was a crux moment (possibly the crux moment):

“It was pretty incredible how miserable I was, that we seem to almost immediately forget the pain. Andrew told me I could quite (I was so close to making that call…) but I would regret it about 3 hours later when I was feeling better.”