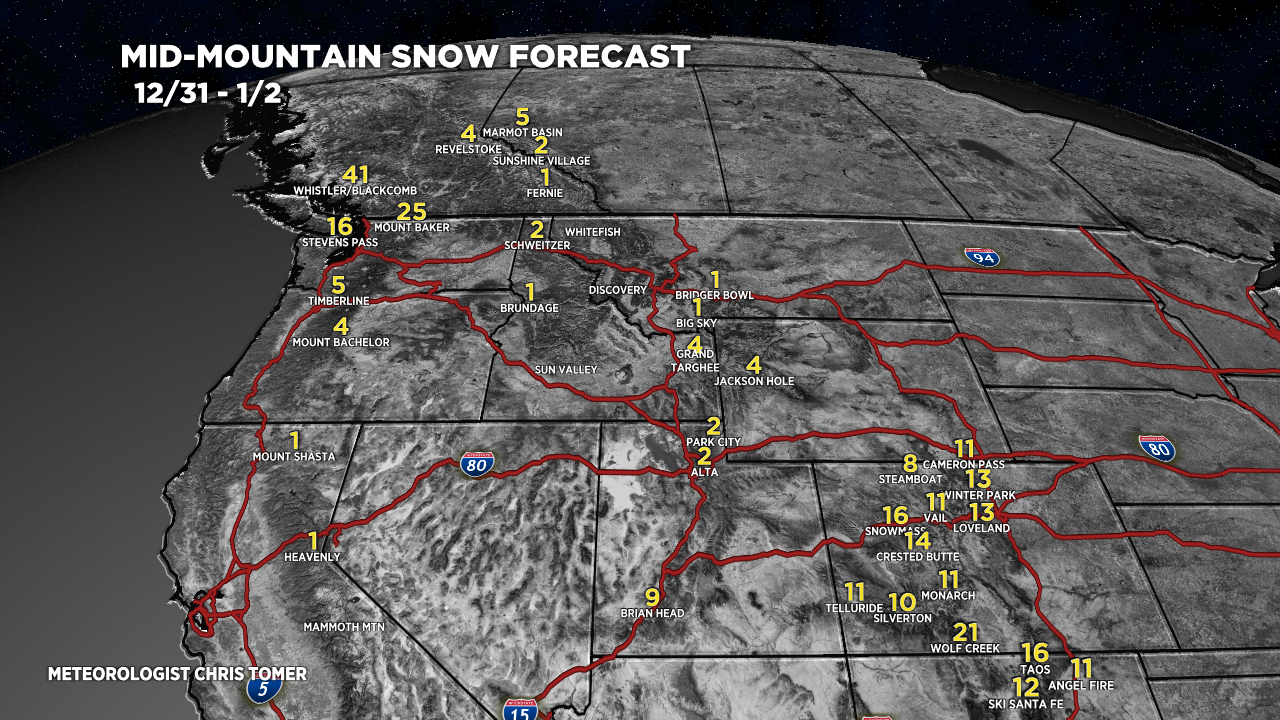 This graph is courtesy the Crested Butte Avalanche Center and shows the biggest storm cycles on Schofield Pass since 1986.

Infrared satellite shows the final storm system(s) moving through UT, CO, NM and the shifting storm track for the PNW.

The jet stream shifts north the first week of 2022 and favors the PNW, B.C., the northern tier of the Rockies, ID, MT, and WY. Starting on the 4th, snow will brush the Wasatch and northern zones of Colorado.

Let’s look at my snow forecast in two time-periods. I added Brundage Mountain, ID to the map.

Drilling down, here’s my snow plume forecast for Aspen/Snowmass: